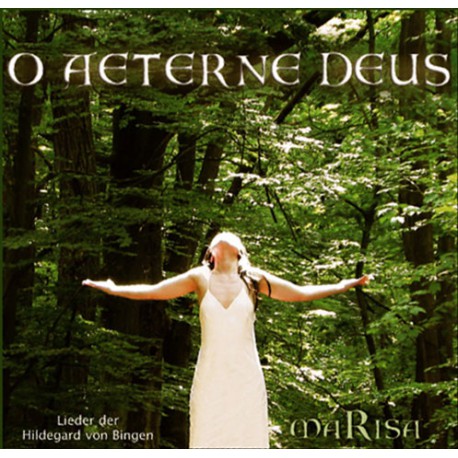 Based on the tradtition of gregorian chant, Hildegard von Bingen composed meditative songs, hearttouching and relaxing.

This product is no longer in stock

Based on the tradtition of gregorian chant, Hildegard von Bingen composed meditative songs, hearttouching and relaxing.

Hildegard von Bingen (* 1098 Bermersheim or Niederhosenbach; †17.9.1179) also known as SAINT HILDEGARD and Sibyl of the Rhine, was a German Benedictine abbes, writer, composer, philosopher, Christian mystic and polymath. She is considered to be the founder of scientific natural history in Germany.Hildegard's works include three great volumes of visionary theology; a variety of musical compositions for use in liturgy, as well as the musical morality play Ordo Virtutum; one of the largest bodies of letters (nearly 400) to survive from the Middle Ages, addressed to correspondents ranging from Popes to Emperors to abbots and abbesses, and including records of many of the sermons she preached in the 1160s and 1170s. (Source: Wikipedia)

Hildegard von Bingen was such a human being in my eyes, who could pervade the essential; this allowed her such a direct way of expressing herself in her letters in which she stood on the side of many important personalities of her time, giving them blunt advice; and this without coming to any harm. Her music has been fascinating to me and has touched me very deeply. She was a human being who against the obligatory constrictions and hierarchies in her time always tried to reduce limitations and to make room for something higher in us. She strived for offering well-worn attitudes to the Higher.This accounted for her and others.
Consequently, her compositions are unconventional (with a mind of her own) and follow their own order – singing them is meditation to me, like a prayer.
AUDIO-CD: 13 Songs - Duration: 32 Min.